My Interview with Torie N. James 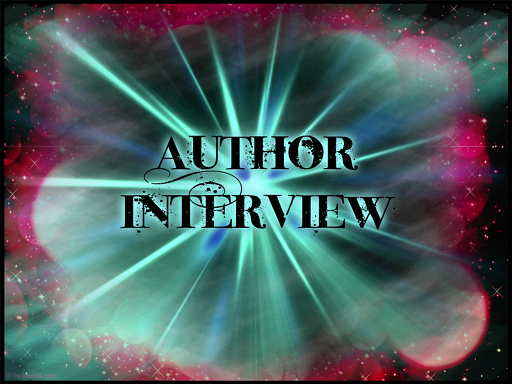 Do you have a favorite character that you’ve written?  {I just finished my first novel, Timeless Night and so I can honestly say yes! For anyone who’s followed along with me lately, I have constantly said that I was madly in literary love with my male protagonist, Alexander Lakeland. I’m still standing by that fact BUT by the time I was done writing, I found myself inexplicably in “like” with another character. Mordred, son of Morgan Le Fey, and initially HE was the ultimate bad guy. I hated him. Couldn’t WAIT to kill him off. However, he evolved beyond what I’d originally intended and in his own, dark way, made a huge impression. He has his own story to tell and so we reached an accord and I let him live. And now I find myself, as I begin to work on book two of the series, WWMD. What would Mordred do? The kicker part? HIS book is actually the third book in the series. But he’s always there..lurking. He became my favorite. Shhhh..don’t tell Alex…he’ll take it hard.}

What time of day is the most productive for you? {Although, I’m a major early bird, I have found my most inspirational time of day is twilight. The Gloaming. The way the colors streak across the sky with hazy, colored fingers of violet, mauve and blue take my breath away and I tend to get dreamy and then we’re off and running.}

Do you remember your very first professional review? If so, was it good or bad? {Amazingly enough, I just had my first professional review on “Whispers in the Dark”, an epic poetry anthology that I was lucky enough to have been part of with two great friends and amazing writers, Ashely Nemer and Stacy Moran.  It was a good review and my poem “Ghosts of Calendonia” was mentioned as a favorite! It’s a thrilling moment when, as a writer/poet, you hear that something you shared resonated with another human being. That…is the greatest compliment. And that is why I write.}

Do you still get excited about good reviews? {Well. I’ve had a whopping two! (Both for the poetry book!} I check the Amazon website every two hours to see if anyone else has offered up a review, is that bad? But honestly, I look forward to any feedback….it’s all constructive in my book. You can learn so much if you put ego aside and “hear” what’s being said.}

What’s your favorite Disney movie? {Beauty and the Beast. Hands down. Belle was always the Disney heroine I identified with best. Head in the clouds but feet on the ground. She always knew adventure was out there and sometimes, well, you find it where you least expect it. And when you do find it, you find yourself in a lot of ways. And let’s not forget the library. I’d have stayed with Beast for THAT alone. Just saying!}

When I was growing up, I wanted to be Laura Ingalls from The Little House on the Prairie. Was there someone like that for you? {You just took me down memory lane! I had ALL the Little House books and was addicted to the show as well. Yes, there was someone I wanted to be. Do NOT laugh, but I was a major fan of Ian Fleming, and his 007, James Bond. It was crazy! Ever see a little 9 year old girl hung on vodka martini’s? Shaken, not stirred, of course! I used to sneak peeks at Mr. Fleming’s books in the library down the street all the bloody time! I wanted to be James Bond. He was hopelessly flawed, perfectly imperfect and gave his all. Unfortunately, M16 didn’t see fit to accept me into their circle. Their loss.}

How much time do you spend on research? {Not enough as far as I’m concerned. I can spend weeks and months researching and still feel like I need to do it just a bit more. I have files upon files on the ol hard drive just brimming with notes. It’s insane. I also have post it notes stuck all over my computer screen AND two journals full around here somewhere. And that’s just for the Camelot series I’m currently working on. Don’t get me started on the Tudors book I want to eventually do. We’re gonna need a bigger boat…..}

Describe your writing process.  {I think everyone has a “way” they do things. I’ll tell you right off, I never write beginning to end. I tend to write the middle first, then the end. Then I finish by going back to the beginning. I don’t number my chapters until the very end since I have to shuffle and put them where they belong but it’s the way that works best for me. Depending on my mood, and whose POV is screaming loudest in my head, normally dictates how we’re rolling on any given day. I don’t decide ever. And I’m certainly never in charge. The Others (as I lovingly call the characters/voices in my head) are. I’m just the vessel they are choosing to use. I also need at least two cups of coffee before I start and a bit of chocolate. And when I lose myself in the process, I can go for HOURS without even being remotely part of the world around me. I get growly and snappish if disturbed. Unfortunately, the dogs have yet to understand this fetish of mine. I’ll let it slide. For now.}

Oops, you forgot something.

The words you entered did not match the given text. Please try again.